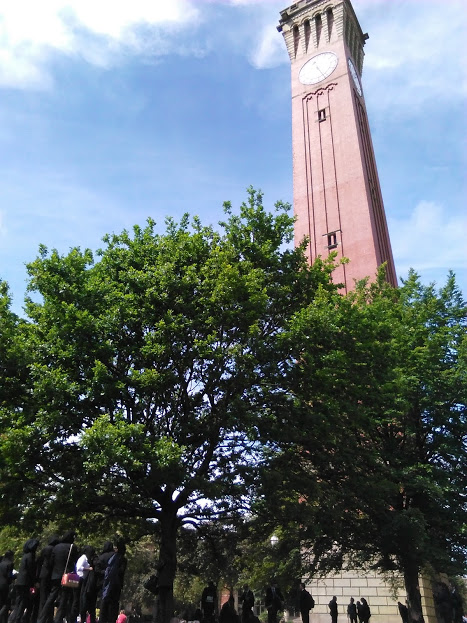 “It’s really big, lots of things to see and people learn and everyone works very hard.”

Siem and Adam report on the year 6 visit to the University of Birmingham, Thursday 7th July 2016

Anyone, even kids can see for free. it took half an hour to walk to and we were tired and hungry when we got there. The clocktower chimes every 15 minutes and is named after Joe Chamberlain – old joe it’s called.

We went to the Barber institute next to see art. There were loads of paintings, and Jen told us some of the stories behind the pictures – the creepy boy picture was a portrait of a Dutch boy, was about the land beyond him too, which showed he was wealthy.

We went to Cadbury Archives after that. We went into the strong room and saw how they looked after the archives.  Then we saw how they repaired the books and saw 4 priceless books, including an old book about body parts.  We went to the Lapworth museum where you could touch rocks in giant rock wall of loads of different types of rocks. Then we went to an earth globe that showed different types of geography. Then we walked home – we were 20 minutes late!

The group took photos, which form part of our own Paganel Archives: